I've already covered facts and myths about the vagina - however lets be honest pro creation is kind of a 2 to tango situation (usually) so why not cover all bases and have a chat about our favourite little organs - the love stick!

With so many words for this, dick, cock, disco stick, shaft, schlong, danger noodle, trouser snake, beaver basher, tallywjacker, meat sword, skin flute and many many more. But what do we REALLY know about this little member, other than the fact 21st century guys feel it's the best first picture to send a woman (they are extremely proud aren't they?).

1* Double Dick - SO this one is extremely interesting to me, gand probably some of you (dirty bitches). 1 in every 5-6 million men are born... with TWO willies! This is called diphallia, but I'm going to call it double dick syndrome! Imagine that, I can't decide wether this would be a good or a bad thing though? I mean on the one side if he got friction burns on one from having a good old sesh then you could just jump on his second sex pistol and take yourself for a spin. On the other hand however, would you have a favourite? would he be offended if you did, or would he have one too? Could he go twice as much with the second one or is it just for decoration kind of like them people who have a second face but it doesn't move? and does he use one for peeing and the other for shagging? Like hang on I'm going to use my sex penis this time because the other ones a bit bladder shy at the moment? I don't know I have so many questions but I'll leave that little fun, mind f***ing fact there for now.

2* Beak D - So I'm guessing a lot of you know what this is? Where a man recons he's boss and goes out getting off his cake, then you come home and you're proper horny, like I'm talking birthday night out drunk horny! We all know this is a ridonculous level, you come home the clothes are off and BOOM, that old computer aint the only thing holding a 3 and a half in floppy if you get what I mean. Well that's beak D***, where a fella has so much beak his shaft isn't shifting. Well some smart arse decided he was going to cut out the middle man altogether and injected it STRAIGHT INTO HIS PENIS! Like man come on, I'm guessing seeing as you have it AND a syringe lying around that this isn't your first rodeo. Well this clever arse injected into his willy - cocaine! This then resulted in his tackle FALLING OFF (should have just settled for the disappointed look on your Mrs face tomorrow mate now what?!). Oh but it doesn't stop there does it, oh no no no! he then got blood clots, gangrene and lost both of his legs and 9 fingers, so not only does this fool lose his knob, something I'm guessing he loved and adored more than his own mother, but he then ended up with stumps and ONE finger so he can't even get a womans motor going with foreplay! Well done sir! In all fairness, lets be honest here we've all done weird shit when we've had the horn, especially when it wont go away and you turn into some ratty little humpist (may have made up that word) and nothing in sight will ever be innocent again after you're looking round your room thinking "hhmmm wonder if that vibrates" no it doesn't put down the remote girl! I actually spoke to a girl who did that once... never visited her house thankfully 👍.

4* A man really DOES have needs - Genuinely girls, and any guys who are reading, you literally do need to get on it! According to studies a man's penis can shrink if he doesn't have sex, well WHO KNEW?! To put it simply, this happens because the lack of blood causes tissue build up in their area and this in turn stops their willy from fully expanding. Todjer times ahead, so ladies and gents if your new fella has a teenie peenie then chances are he isn't a dirty dick and them lies about him not sleeping around even when single are true. If you've been away for a couple months, get the tape measure out when you're home and just have a little check (I know somewhere there's an angry partner getting the measuring tape ready for their fella to come home 😂).

5* Split and splat - Well well well, I've never heard of the Unambal Tribe, and after this I kind of don't hate myself for that at all. Their initiation ceremonies would have all the fellas in England holding onto their little mates with astonishment and graitude I'll tell you! So what they do is they SLICE their willies side ways, and then FLATTEN the defenceless piece of manhood against a ROCK because they think it makes it lighter and more beautiful? Now anyone who has ever even MET a man knows how much they cry at the suggestion of a touch to the balls or going to hard on their penis, seriously if you go to flick your fella in the nutsack you'll see him go from God to goalie in 0.3 seconds flat and he will probably drop to the floor in dramatics calling you every bitch, s***, c*** under the sun for the thought. These people actually wait for it and WELCOME it, so the next time a fella moans about their mate accidentally sacking him while he walked past just show him this and look them up, honestly. It's crazy but it's their culture and each to their own... ahh us crazy little people and our shit. 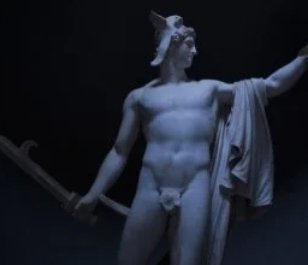 6* Seductive Shoes - Ok we've all heard it "you know what big shoes mean 🤭" Yes big socks babe because his feet might be big but trust me this mans no tripod! I once saw a lad about 6'3 whip his penis out on a dance floor in town once and seriously it was like a chippolata, this shit was so tiny he was lucky it was night time and there were no feathered friends about to try peck it off. At that stage the only reason you'd call it a member was for being a member of the tiny todger firm. There have been so many studies that disprove the theory that big feet mean a big penis I mean come on how daft do you have to be to think this has ANY correlation what so ever? I actually spoke to a lad who used to buy his shoes 1 size bigger for nights out so that he could pull easier, you hear that girls? He might have blisters but atleast he's going to disappoint you in the bedroom too, winnerrrrr 👍 #diddydick

7* Once you go black you gona need a wheel chair - sorry that might have just been Latrell from White Chicks, because studies have found penis size has absolutely no direct correlation with race, 🤷‍♀️ who knew. Well I did because I'm nosey, I've looked that one up before and had a couple people tell me how untrue this is. Not that you should go with ANY fella for the size of his penis alone, I mean you've seen girls with heels too big, falling everywhere, miserable with the chore at hand and not able to work it properly in them, might as well stick to the average sized less chance of any lasting damage then... same with the penis. No woman wants to walk in expecting the best sex ever and crawl out with a punctured lung from being repeatedly jabbed with a giant penis and still getting no orgasm. If he doesn't know how to use it, it's a pointless tool. Soz not soz ✋.

8* Too tired to Tango - There are so many people who would say if a fella can't get it up for practically no reason it's because he's tired. Well I have to debunk that myself anyway. Never in the history of my entire adult life has a fella said to me 'I'm too tired it wont work' even that two timing twat with his nano nob. No! BUT there is a direct correlation with men with sleep apnea suffering from erectile dysfunction, I haven't looked that up because I'm shattered and in all honesty I'll avoid any fella with sleep apnea anyway, not because of his possible penis probs or shrivly willy, but because the thought of someone keeping me up at night with that horrific snoring would result in a trip to the police station for a tired throat punch issued by yours trully. So if your man is inhaling the roof on a nightly basis, maybe show him this to sway him to the drs for one of them masks that make him look like he's about to go out spraying crops.

9* Lets get muscular - No it isn't a muscle. Look it up, it isn't. It's a combination of the glans (the head), tissue (mucosa), more tissue in 2 columns that run along the sides of the penis (corpus cavernosum this isthe part the blood fills to get a lob on) and the urethra, you know, we all know this one, the pee conductor! Because you know men get it all easy and it's all out the one hole because the Gods wanted convenience for the fellas in our lives, this is why you're birds a crank because she has to squat like a friggin angry monkey when she needs to take a wizz but you get to hose it round feeling like fireman f***ing Sam. F*** off Matthew.

10* 7 inch sword - haha f*** off! I wish! Genuinely the average penis is 5 inches (UK). But like I always say, any average is STILL only the average of the people tested right? You can't go round giving fellas complexes or even worse BIGGER EGOS, one minute you're trying to make Max happy about his 5 incher (seriously it will be the only time you see a fella made up to be average) next you've got Luke strutting round like Mr 2 dicks, announcing he's changing his name to Thor cos of the MIGHTY HAMMER he's been throwing round the bedroom with his 6.5 inches. NO. 5 is average, but lads as long as you know how to use it and it's bigger than an AA battery I think you're good. Plus, be a good egg and any girl will be willing to fake it for you babe 😘. Don't stress just do what you do, and don't feel like half a fella cos you aren't 7 inches... neither are over half the male population, you're sound.

So we've covered a few facts and myths about our favourite little fellas. This still doesn't mean it's alright for the lad next door to be giving me a daily dose of dick pics with my cocopops and cup of tea in the morning. I hope you've enjoyed this! Give it a 👍 or comment if you do and if not, you only have yourself to blame for reading the whole thing so that's on you 🤷‍♀️.

Until next time chicks and dicks.

Don't be a stranger and stay safe.

Friends with Benefits: The Do's, The Don't's and everything inbetween
Titles in dating, because we all need a little clarity
Signs he's a fuckboy and you should get gone
Comments