If I see ONE more shitty nappy...

In all honesty, parenthood is hard work, can I get a hell yeah!

From morning through night it's bottle, nappy, play with me, listen to me cry, stop me crying, put me to sleep... and then you fucking miss them what is that about? It's weird, they say you forget labour pains once you hold the baby, sorry no could you forget your hips expanding and pushing a desk out your arse? Don't think so. But he can scream like a banshee all day, and sometimes he does, but soon as he goes to sleep I just stare at him and think My God what a PERFECT little human, what did I do to deserve such an angelic creature who does no wrong? Quickly forgetting the screaming, and the fact he was clawing my boobs, ragging my hair and basically beating me 6 ways to Sunday with his little raccoon hands 15 minutes ago. What's that all about?

I do adore him though. But my goodness, you try changing 4 nappies a day that smell nothing but sour due to a milk challenge you knew you shouldn't be doing in the first place but 🤓 drs orders. I mean I couldn't afford the milk without their script. Somehow I'm supposed to make do on £680 a month and that's including child benefit? Eh? The milk he's on alone would cost £17 a tub and it's only half the bloody size of the normal milk, my sons a tank, he goes through 3 a week! The nappies though, fuck me, I'm glad they are only £1.90 from the Lidl or I'd be selling my arse just to cover his, WHICH I wouldn't mind, if he didn't scream to be changed as soon as he lets out a trickle. This is the issue, you change his bum, he gets cold, you put a new one on and BOOM the piss flows like an ever so graceful waterfall down a rocky hillside and then it's scream city again.

Try changing a BOYS nappy, oh yes. Mums and dads of boys, you'll know exactly what I'm talking about. You have to be swift, like a ninja robbing the crown jewels, swift like a cat, because I tell you NOW, soon as that didger is pointing up, it's fasten that nappy or get out the way. I made the mistake of no contingency plan last week and ended up with my hand being used as a piss cup half way through a nappy change, 👍.

I knew I'd end up with a child who shits like horse and pisses on demand, I just fucking knew it. And low and behold, my son smiles at you while he does it and all. It's like yeah mum, I know I broke your vagina, gave you a permanent bad back and ruined your chances of ever looking good in a bikini again but here, hold my shit bag.

It's all fun and games but why do human children take so long to do things. I mean calfs, out the vagina and into the field, baby deer through the birth canal and onto their legs, even puppies and kittens, ye ok they spend a few days looking like blind furry mole rats unable to do much but they STILL walk by like the first week. I wish my baby could poop on a pad I laid out for him. Imagine going in the garden with a shovel to clean up your babies shit, it wouldn't be pleasant but it'd save you a hell of a lot of faffing about 🤷‍♀️. How can something so beautiful produce something that brings tears to my eyes?

And then there is the analysing. What. The. Fuck?! I never, in my entire life as an adult, or a HUMAN thought I'd be not only checking through my childs nappy to ensure all is tip top and nothing suspect has come out of there digging through like a miner, but I REQUEST my boyfriend explains to me in great detail what each and every nappy has been like. It's honestly got to the point where I'll come down stairs and he will tell me not only that the baby has had a poo, but the colour, texture, consistency, smell and time he had said bowel movement. Sometimes he'll even include how he reacted and give me a play by play. The other day I came down and he actually told me how he KNEW the baby had pooed and in what order he changed said nappy. And you know what, I loved it. I sat and I listened, I even asked questions. I EVEN wrote it down in my baby app. See below... 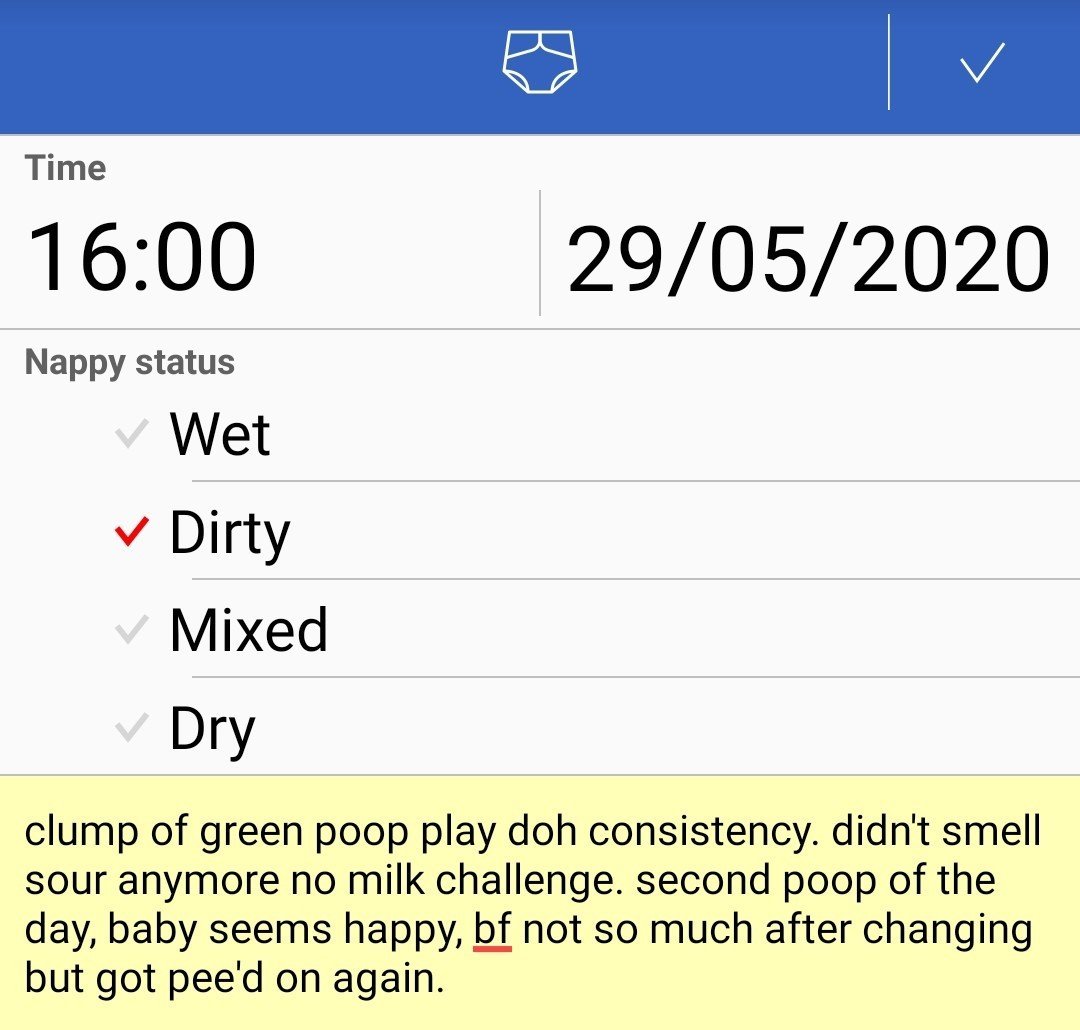 Obviously I had to change my boyfriends name to 'bf' as that's how he is referred to on this site.

I swear if I see one more shitty nappy, I may just check myself in for a stay at the local asylum because at this rate I'm getting all to invested in shit.

Bottom line here ladies and gents is, you never know JUST how much you love someone, until you're willing to rifle through their literal shit 😊. Mumming, it's ever so classy.

Until next time don't be a strange and stay safe